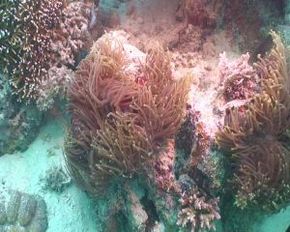 Ok Coral - Coral reef protection (Tanzania)
Twenty years ago in Tanzania there were no laws for protecting valuable coral reef ecosystems and not a single marine park in the country. Dynamite fishing and overexploitation of corals were widespread. The founders of Chumbe Island Coral Park turned this small, uninhabited island into a privately managed non-profit nature reserve as a showcase for environmental protection and education.

The park is known for its genuine eco-tourism-with 100% solar power and water heating, rainwater collection and composting toilets and grey water systems. It is also recognized for the large-scale educational program and has one of the healthiest reef ecosystems in East Africa. Government officials, teachers, fishermen, and schoolchildren have developed an awareness and appreciation of their natural resources for a sustainable future.

Saving From A Rainy Day - Rainwater conservation (Mexico)
Communities have been harvesting rainwater for centuries, yet the process remains underused throughout the world. The energy used to pump water to Mexico City's residents would keep a city of 8 million people going, and widespread rainwater harvesting could meet 30% of the city's water needs. Many households already have cisterns, but water rarely reaches their neighbourhood, and paying for a water tanker is extremely expensive.

The Isla Urbana team have developed a simple collection and filtering system that uses mainly materials from local hardware stores and which local plumbers are being trained to install. Isla Urbana have no shortage of local need, but say their system can easily be transferred to other water-scarce cities too.

Cyber Capital - Investing in Africa (Denmark)
MYC4's online marketplace began trading in October 2007. With the Internet as infrastructure, Denmark-based MYC4.com was built to invite people worldwide to connect directly with African entrepreneurs who can't get the capital to develop their businesses. MCY4's founders describe their mission as "Business must be for a profit, but profit must be for a purpose".

Mcy4 says it has developed a totally transparent model that allows African enterprise to attract investment at an interest rate that they are willing to pay. The cyber marketplace has provided about US$15 million in seed money for nearly 6,000 African businesses to date.