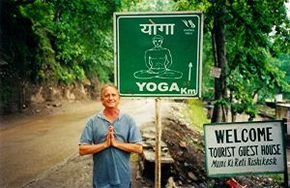 While Yoga is extremely popular in the West, few people realize where it came from. Yoga is often seen as an exercise regime, yet it is really a path to the inner self, the Divine. And the physical benefits of Yoga are just a small part of its benefits.

The path of Yoga is shrouded in antiquity - when Himalayan sages probed the deepest mysteries of life - and what lies beyond death.

Origins of Yoga features the world's leading authority, Georg Feuerstein, Ph. D., who has written thirty-six books on the subject. The Yogis of India themselves are interviewed on location as they describe their quest, their lifestyle, and the true meaning of Yoga.

Origins of Yoga documents the lives of these sages - who are on the same exact path as the Westerners who follow Yoga.