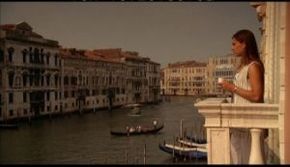 THE IRRESISTABLE BEAN carries us back to coffee's origins in Ethiopia and its triumphant spread over five continents, sparking revolutions, controversy, creativity, business and slavery along the way.

We see the first coffee houses which begin on dirt floors and later evolved into the more refined Arabic home versions. Venetian latté develops a cachet that is the model for Western coffee-marketing - 450 years later. The French cast off the monarchy, Americans toss their tea into the Boston harbor, Haitian plantation slaves rebel, all under the heady aroma of the bean.

But the harshest and most enduring form of coffee slavery has not yet begun. Part one ends when a Brazilian military officer and gigolo smuggles a single coffee plant into Brazil. The innocent gift he received from a French lover will change the face of Latin America and the world forever.