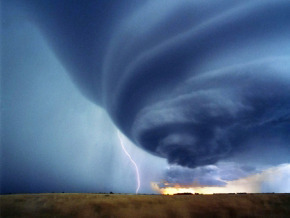 Hurricanes are the strongest storms on earth. Many begin as harmless breezes from Northern Africa; inoffensive winds that gradually move westwards over the tropical Atlantic Ocean, gathering energy from the warm seawater, building in strength and gradually forming the unmistakable spiral of extreme winds and thunderstorms that characterize hurricanes.

This series, produced over a three-year period, with crews standing in the path of hurricane landfalls, such as Sandy and Isaac, is a witness to the devastation wreaked by one of the most powerful forces on earth.